This awards season has been an emotional roller coaster. When it all began in early January, I was giddy with anticipation. After seeing the top films and performances, it was clear A Star is Born, BlacKkKlansman and Green Book were in a league above the rest, and I was anxious to see how the competition played out. However, Rami Malek, Bohemian Rhapsody and Roma played spoilers at the Golden Globe awards, and since then, it’s been a most unpredictable and confounding awards seasons.

As with most Oscar years, there are a few shoe-ins, but several of the night’s biggest awards remain in hot pursuit. In my opinion, some of the wrong films continue to pick up top honors, which makes me uneasy heading into Sunday night, but nonetheless, predictions must be made. Here are my insights and analyses on the premier categories: 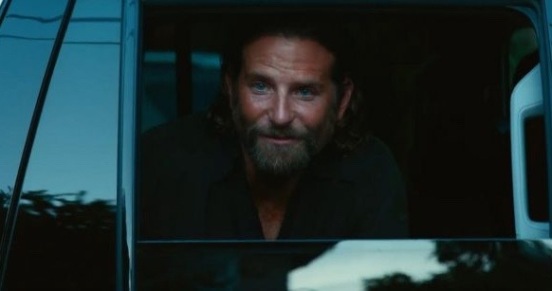 It will remain a mystery to me as to why Bradley Cooper hasn’t collected every award for his turn as Jackson Maine in A Star is Born. Cooper dives deep into his character’s pathos, exposing a rawness unattainable by many actors. There’s a purity to his performance, underscoring his character’s tenderness. Jackson is a tortured artist, and Cooper’s performance is drenched in honesty, which pulls the audience in to experience his emotions. His live singing and guitar playing add unparalleled artistry to the role. Above all, he and his co-star, Lady Gaga, have created one of the most indelible love stories to ever grace the silver screen.

This is a two-man race between Christian Bale (Vice) and Rami Malek (Bohemian Rhapsody). Bale’s portrayal of Dick Cheney is perfection. He nails the voice and mannerisms, and the weight gain, makeup and prosthetics, make it seem as though the former vice president is starring in his own movie. Bale has taken home the Globe and Critics’ Choice Award, and considering the Academy’s affection for the film, it wouldn’t be surprising to see him win his second Oscar. Malek delivers a role worthy of the Golden Globe, Screen Actors’ Guild (SAG), and British Academy of Film and Television (BAFTA) awards he’s amassed, but his performance is clouded by a sophomoric script, uninspiring musical numbers, and a story fraught with inaccuracies. Nonetheless, it’s hard to bet against his trophy case of hardware.

First and foremost, Yalitza Aparicio needs to be catapulted off this list. Her performance in Roma is un-affecting and bland. There are a handful of other leading ladies — Elsie Fisher (Eighth Grade), Rosamund Pike (A Private War), Amandla Stenberg (The Hate U Give), Charlize Theron (Tully) — who are all more deserving of a nomination than Aparicio. But in the end, the competition is moot; Glenn Close has this one in the bag.

Glenn Close is captivating in ‘The Wife’, Silver Reel

As Joan Castleman in The Wife, Close is mesmerizing. In some of the most potent scenes, her words are few, but the power in her expressions is arresting. As the woman behind a Nobel laureate, Joan has sacrificed her identity to become a “kingmaker.” She remains vigilant as she looms in the background of formal events — much like a lioness keeping an eye on her prey — and when she’s publicly slighted, her vehemence can no longer be subdued. Joan finally abandons her stoicism and attacks with fervor. It’s a cinematic feat only Close could pull off.

This appears to be a race between Peter Farrelly’s Green Book and Alfonso Cuaron’s Roma. Green Book is a beautiful dramedy that examines the intricacies of human nature. The film is guided by a masterful script, and Mahershala Ali and Viggo Mortensen deliver powerful performances. There have been many films made about road trips, but none have the depth of Green Book – much more than a film, it’s an experience.

Roma is an abysmal movie with zero substance. It tries desperately to be a fine work of art, but it plays out as fractured scenes of boredom. I don’t know if this film has taken flight through the power of suggestion (it’s loved by most critics), but I couldn’t wait for the credits to roll.

Roma didn’t fare well at the Guild awards, which seemingly knocks it out of contention. Green Book has won a Golden Globe and the Producers Guild Award, which gives it front-runner status. But the film has been plagued by mounting controversies. These factors open the door for the category’s dark horse: BlacKkKlansman. Spike Lee’s joint has everything — dynamite script, lightning sharp acting and nuanced artistry. With the exception of a BAFTA for best adapted screenplay, it hasn’t picked up any premier awards, but timing is everything when it comes to Oscar, and this could finally be Lee’s moment to shine.

My prediction: BlacKkKlansman; My preference: A Star is Born

This field is stacked with outstanding performances. Adam Driver injects quiet resolve into BlacKkKlansman. Sam Elliott adds the perfect amount of grit and compassion to A Star is Born. Sam Rockwell’s comedic timing in Vice gives the film charm. Richard E. Grant brings equal parts beauty and heartbreak to Can You Ever Forgive Me? But it’s Mahershala Ali’s role in Green Book that shines above the rest of the field. 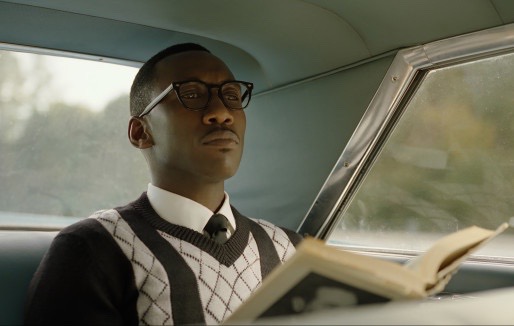 Ali delivers a performance of refined beauty as world-renowned pianist, Dr. Don Shirley. The complexities of the quiet genius are hidden behind a steely façade, as he keeps his thoughts and emotions secured within. Ali translates the gentleness and angst his character has simmering below the surface. In this role, Ali is the personification of a supporting actor, as he elevates Vigo Mortensen’s performance to the best of his career. The duo has on-screen chemistry made in cinematic heaven — their banter tickles and their relationship inspires.

Once again, a category is tainted by Roma. In her portrayal of a scorned wife, Marina de Tavira, is annoying in her attempts to elicit emotion from the audience. Her acting is forced and her nomination is undeserved — Claire Foy should fill this spot for her incredible role as Janet Armstrong in First Man. Luckily, Tavira doesn’t stand a chance at winning because Regina King is on-track to win her first Oscar for her role in If Beale Street Could Talk. 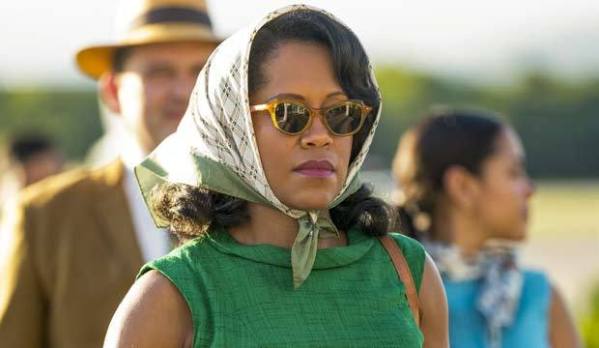 Regina King commands the screen in ‘If Beale Street Could Talk’, Annapurna Pictures

As Sharon Rivers, the devoted grandmother-to-be, King delivers a performance of incomparable strength. Sharon is driven by honor, loyalty and duty, and no other actress exudes the spirit necessary to portray this defiant woman. The character is layered, and King captures every bit of her complexity. Sharon believes justice is attainable regardless of the barriers concealing the truth. Family is her heartbeat, and like her daughter, she’s fervent that love is the ultimate conqueror in life.

In 2014, I was dumbfounded when Alfonso Cuaron won Best Director for his film Gravity. That statuette should have gone to Steve McQueen (12 Years a Slave) or Martin Scorsese (The Wolf of Wall Street). Now, five years later I’m perplexed once again. He’s already collected a Golden Globe, Critics’ Choice Award, BAFTA and the Directors Guild Award for Roma, and the Academy will undoubtedly follow suit. I’ve never been a conspiracy theorist, and I accept that art is subjective, but I have a hard time believing his wins are based on merit.

Roma was one of the most touted films leading into Oscar season, and was being billed as an artistic tour de force. I read about the “mesmerizing” cinematography, and the profoundly personal story Cuaron has dedicated to all the women in his life.  Upon the film’s release, I was eager to inhale all the artistry I learned about, but less than halfway through the movie, I was emotionally detached. I didn’t care about the characters, and I was put off by the lame acting and dreadful screenplay. I don’t know Cuaron’s intention with this story because there is no story. I hung on for 135 minutes waiting for something…anything…to advance the plot, but nothing developed. In the end, the movie is as worthless as the piles of dog poop that accented so many scenes. In fact, therein lies Cuaron’s best use of symbolism — the film is crap.

This category is filled with heavy contenders. Spike Lee, David Rabinowitz, Charlie Wachtel and Kevin Willmot erect a masterpiece with BlacKkKlansman. Joel and Ethan Coen concoct a delicious mixture of hijinks, humor and tragedy with The Ballad of Buster Scruggs. Bradley Cooper, Will Fetters and Eric Roth produce the most transcendent film of the year with A Star is Born. Nicole Holofcener and Jeff Whitty create a rare gem with Can You Ever Forgive Me? Barry Jenkins designed a profound portrait of family, race and devotion with If Beale Street Could Talk.

Richard E. Grant and Melissa McCarthy are a dynamic duo in ‘Can You Ever Forgive Me?’, Archer Gray

This unpredictable race is without a front-runner. If Beale Street Could Talk and Can You Ever Forgive Me? have split awards Critic’s Choice and Writers Guild awards. These are the two most artistic films in the bunch, and both resonate well with audiences. Forgive Me masterfully weaves together enchantment and carnage, and Beale Street softens hard-hitting drama with sweet romance. Both films have a good shot to capture Oscar, but considering the steam it’s garnered heading down the home stretch, and the current social climate, BlacKkKlansman seems ripe for a big win here.

My prediction: BlacKkKlansman; My preference: Can You Ever Forgive Me?

This group of nominees gives me anxiety. I think I’ve adequately described my disdain for Roma, so I won’t go into detail here as to why Alfonso Cuaron should be booted far out of contention. Paul Schrader needs to join Cuaron in oblivion with his script, First Reformed. Nothing about this film resonates, and after 40 mind-numbing minutes, I pulled a rare move, and bailed on it. Deborah Davis and Tony McNamara’s, The Favourite, fizzles into a dud. The script is good, but it loses its gravitas because the film isn’t emotionally gripping — by the end, I couldn’t have cared less about the characters. Peter Farrelly and Nick Vallelonga created one of the most endearing films of the year with Green Book. Adam McKay utilizes creative storytelling techniques to capture the life and times of our disgraced 46th vice president.

Christian Bale and Sam Rockwell are captivating in their roles as Dick Cheney and George W. Bush in ‘Vice’, Annapurna Pictures

The awards for this category have been as scattered as my emotions. The Golden Globe went to Green Book. First Reformed took home the Critics’ Choice Award. And the Writers Guild chose Eighth Grade (which was snubbed by the Academy altogether). The Oscar winner of this mixed bag is as certain as a roll of the dice.

My prediction: The Favourite; My preference: Vice