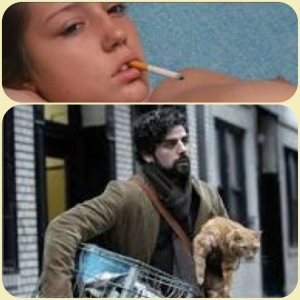 With the winners of this year’s Golden Globes, SAGs and Critics Choice Awards safely etched into the history books, all inquiring eyes are now laser-focused on the nominees for the 86th Annual Academy Awards.

All front-runners received nods — American Hustle and Gravity lead the way with a combined 20 nominations, while 12 Years a Slave, The Wolf of Wall Street, Dallas Buyers Club and Nebraska are all sitting comfortably with multiple nominations each.

The familiar names of this Oscar season also received their due respect: Cate Blanchett, Matthew McConaughey, Jennifer Lawrence, Jared Leto, Lupita Nyong’o, Amy Adams, Leonardo DiCaprio, Michael Fassbender, Meryl Streep. They will all be sitting front and center when the envelopes are opened on March 2.

However, two of the year’s best films — Inside Llewyn Davis and Blue is the Warmest Color — were completely shut out.

The Academy typically embraces anything that comes from the majestic wheelhouse of Joel and Ethan Coen, directors of Inside Llewyn Davis. They struck Oscar gold with Fargo and No Country for Old Men; while The Man Who Wasn’t There, A Serious Man and O Brother, Where Art Thou all earned the duo Oscar nominations. Yet, for reasons unknown, the Coen brothers will be absent from the Kodak Theater come Oscar Sunday.

The setting is 1961 Greenwich Village, New York City, at the dawn of the folk music scene. The Coen brothers take audiences on a seductive ride through the troubled life of singer/songwriter Llewyn Davis, portrayed by magnificent newcomer Oscar Isaac.

Despite the fact he is struggling in all facets of his quiet existence, Llewyn is able to elevate audiences onto a cloud of guitar dreams and lyrical rainbows when he performs.

Death lingers in the foreground of the film: abortion, suicide, addiction, growing old. All of these demons resonate throughout, but they do so in a reflective manner that gives way to love. The Coen brothers slowly scratch through the trivial layers of meager existence to reveal the charm that drives our passions–despite how grueling they may be.

Llewyn fails at nearly every attempt to get his life on track, yet we get the idea that he wouldn’t have it any other way. He is seemingly unbothered by the fact that he must drudge through snow and freezing temperatures carrying a cat and his guitar to a gig. And when he finds out his sometimes lover is pregnant and seeking an abortion, he takes the news (not the first time he’s been in this type of trouble) in stride.

All of his passion and emotion emanate from his deep, soulful eyes. He is as gentle as the wing of a monarch

and all he wants to do is make beautiful music, which he succeeds in doing at his Chicago audition at the Gate of Horn nightclub. During his performance, life disappears as space and time become obsolete. The only thing in the world that matters is the man, his guitar and that sweet, sweet song of transcending beauty.

In terms of content, Blue is the Warmest Color is on the opposite end of the movie spectrum from Inside Llewyn Davis. However, lead actress Adele Exarchopoulos, has the same capacity as Isaac to take audiences on a mesmerizing ride. She transforms your heart into a sponge that soaks up every ounce of her radiance.

She is lost and seemingly broken by her failed attempts at romance until true love, literally,  knocks her sideways. She collides with a blue-haired, blue-eyed beauty and is immediately spellbound.

We can meet a million people in a lifetime and exchange greetings with a million more, but in the mere seconds it takes to lock eyes with a kindred soul, our world can be flipped on its end. For Adele, it happens in the middle of a busy street.

For the first time in her life, she is free — lost to love in a sea of blue.

She is able to make love bereft of previous inhibitions and expresses herself in a manner that was inaccessible in past relationships.

The camera is never more than a few inches from Adele’s face (her perfect complexion is breathtaking), capturing a deep sadness about her. She becomes restless and confused as the relationship matures, giving

her pause for tortured reflection.

Eventually, insecurities become her and mistakes leave her yearning, but her innocence remains in bloom. She is a hopeless romantic — or perhaps just hopeless — but, in the end, is there ever a discernible difference between the two?

Exarchopoulos’ performance is incredibly raw and profoundly honest. In fact, she inhabits her character with such profound eloquence, director Abdellatif Kechiche changed the name of his heroine to Adele during fillming — she became one with her role and the evidence explodes off screen.  She pulls audiences in — so much so that it feels as though we are invading her personal space. We become occupants of her world and the result is newfound understanding of life, of love, of flawless imperfections.

At just 18 years of age, Exarchopoulos delivers one of the best performances of the year and should have received a nod for Best Actress. With the exception of Cate Blanchett and Amy Adams, this is a relatively weak field of nominees. Meryl Streep’s performance was a bit forced (even she admitted her nomination is undeserved) and Judi Dench’s performance falls just short of the caliber found in afterschool specials.

It is an unfortunate conundrum that such masterful filmmaking produced by the Coen brothers and Kechiche will not be acknowledged at this year’s Academy Awards. These films may not have the gravitas exemplified in American Hustle, The Wolf of Wall Street, 12 Years a Slave or Gravity; but their quiet luster radiates from within. 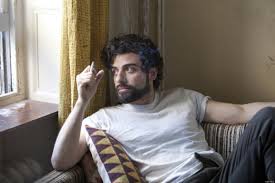 Inside Llewyn Davis challenges audiences to fall in love with a selfish musician who makes his living on a hope and a prayer. He abandons all responsibilities and refuses accountability; yet, he leaves us wanting more of him once his secrets are revealed. T-Bone Burnett produced the stellar soundtrack that makes the film soar, and the screenplay is chock-full of that classic Coen brothers wit audiences have come to know and love. 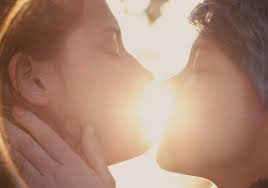 the outside world to fade away allowing life’s sole focus to become Kechiche’s encapsulating piece of art. It is a heartbreaking tale of forbidden love that scorns with its sadness and delights with its hope.

Both films are deep character studies of regular folks. Sometimes they can become devastatingly subdued by their insecurities. At other times, they are exuberant in the chest of treasures life has bestowed unto them.

The Academy nominates up to 10 films every year for Best Picture. Nine films made the cut this year and eight are deserving of their spot. Philomena has no business taking up undeserved space and the 10th slot is questionably empty.

In the end, those who experience Inside Llewyn Davis and Blue is the Warmest Color will have to remain the lucky ones.

*This article also appeared in the Loyola Phoenix.