For those of us who cling to film and television like an imperative lifeboat, the past year has been rough. 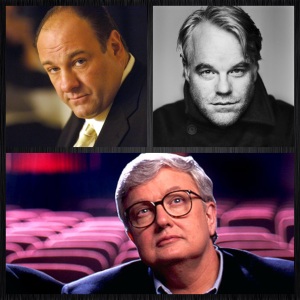 battle with cancer. He was the heartbeat of his industry and revolutionized the art of film critique.

Two months later, a second gut-punch hit when James Gandolfini died of a sudden heart attack. The gentle giant was seemingly invincible. He gave so much to so many — a true virtuoso who forever changed the landscape of television with his dynamic embodiment of Tony Soprano. The Sopranos was the catalyst for this golden age of television in which we are now living.

But this time, it’s different. This one feels personal.

If you’re like me and have a deep-seated passion for the art of fine acting, you’re left feeling bereft. Philip Seymour Hoffman was the greatest character actor to ever grace the big screen — larger than life and filled to the brim with glorious ingenious. Now we are left with unanswered questions and heavy hearts that may never return to their upright positions.

Before coming to Loyola, I spent five years studying the craft of acting. In between classes and auditions, I immersed myself in all things Hoffman. As far as I was concerned, he was the Holy Grail. 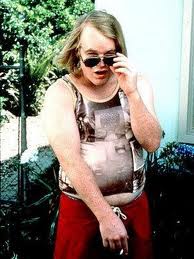 When I was 18 years old, I saw Boogie Nights for the first time. I was enticed by the perplexity of the film’s varying contrasts of emotions. And as I watched, I kept asking myself, “Is that the jerk from Scent of a Woman?”

To create this pitch perfect character, Hoffman insisted on wearing short shorts and tank tops that were three sizes too small; and developed Scotty’s signature hairstyle and dialect.

Dedicated to delivering honest performances, he dissected his characters to reveal their hidden truths… and with an affinity towards dark roles, he always found their inner light.

I would lose myself in his films — Magnolia, Flawless, Love Liza, Owning Mahowny, The Talented Mr. Ripley, 25th Hour, Before the Devil Knows You’re Dead (in which he plays a heroin addict who ODs), Almost Famous — no other actor had the capacity to command the screen like Hoffman. Hell, he even made Along Came Polly enjoyable! 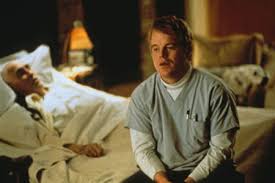 spices of brilliant humor. The film has a transcendental power that suspended my disbelief beyond anything I previously thought possible.

Hoffman’s role as Phil, the nurse, is executed with quiet elegance. Phil molds the hard-hitting elements of the film into a dreamlike storybook.

1999 acted as a virtual coming-out party for Hoffman. In addition to Magnolia, he starred in Flawless (opposite Robert De Niro) and had an exceptional supporting role in The Talented Mr. Ripley alongside Matt Damon, Jude Law, Gwyneth Paltrow and Cate Blanchett. 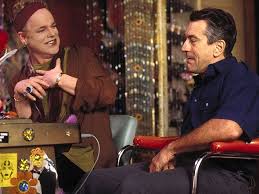 In a 2008 NPR interview, Hoffman said playing Rusty in Flawless was one of his favorite roles. Rusty is a flamboyant cross-dresser who gives voice lessons to a homophobic ex-cop (DeNiro) recovering from a stroke. Hoffman delivers the complex role with profound ease and completely disappears into his character. 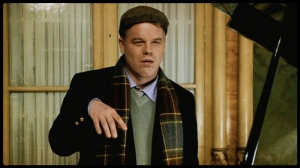 In the best scene of The Talented Mr. Ripley, Freddie (Hoffman) exposes Tom (Damon) as a fraud with unparalleled eccentricity and spine-tingling eloquence. In this pivotal scene, Freddie is able to evoke a mountain of emotions with a single strike of a piano key — no words necessary.

Three years later, in 2002, Hoffman landed his first leading role in Love Liza. Looking back now, it is devastatingly beautiful that he was willing to push himself into the darkest echelons of method acting by taking on a role that underscores his own inner demons of addiction

His character, Wilson, is unable to function and becomes disassociated from society after his wife’s suicide. 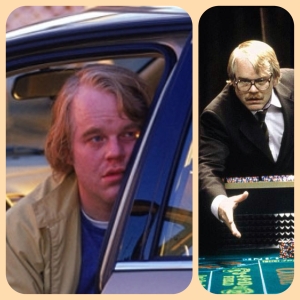 The torment of reading (or not reading) the note she leaves behind pushes him to the brink. He becomes addicted to huffing gasoline, which costs him all semblance of his previous life.

Just one year after Love Liza, he faced his personal fiend again by diving into the tortured world of gambling addiction with Owning Mahowny — his second lead role. Based on the true story of Dan Mahowny, Hoffman becomes his character, yet again, and delivers a performance worthy of Hollywood’s highest accolades. However, Hoffman remained virtually unknown by mainstream moviegoers despite a stellar body of work.

To the surprise of many, his first Oscar nomination (and win) didn’t come until 2005’s Capote. Much more than an impression or even a portrayal of author, Truman Capote, Hoffman completed a metamorphosis in preparation for the role.

After winning the Golden Globe for Best Actor, Hoffman discussed his desire to “illuminate the truth about a certain aspect of the story.”

He described Capote’s inner struggle of compartmentalizing his friendship with cold-blooded murderer, Perry Smith, and his hunger to finish one of the greatest works of nonfiction. The conundrum destroys Capote’s psyche and Hoffman translates every emotion of this paralyzing dichotomy. 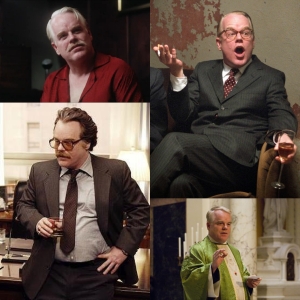 In his mere 46 years, Hoffman completed more than 50 films along with three appearances on Broadway.

Most recently, he had a supporting role in The Hunger Games: Catching Fire (he was one week from completing his work on the final two films). He also has two films in post-production — God’s Pocket (directed by Mad Men‘s, John Slattery) and A Most Wanted Man, co-staring with Robin Wright and Rachel McAdams.

We will likely never again see an actor with such an innate ability to tap into and fully grasp an understanding of the human condition. Perhaps it was his down-to-earth demeanor — using his bicycle or the subway for transportation around New York City where neighbors referred to him as the “Neighborhood Dad”. Maybe it was the humanitarian work he did for the Christopher Reeve Foundation, or the volunteer work he did with children in the arts. In the end, the reasons are irrelevant. What’s important is we remember what he gave us…

He offered up the best of himself because he had a passion for portraying the truth; and he was willing to push himself to the ends of his internal world to deliver it to us.

*A version of this story appeared in the Loyola Phoenix.